How to fix our carpool problems 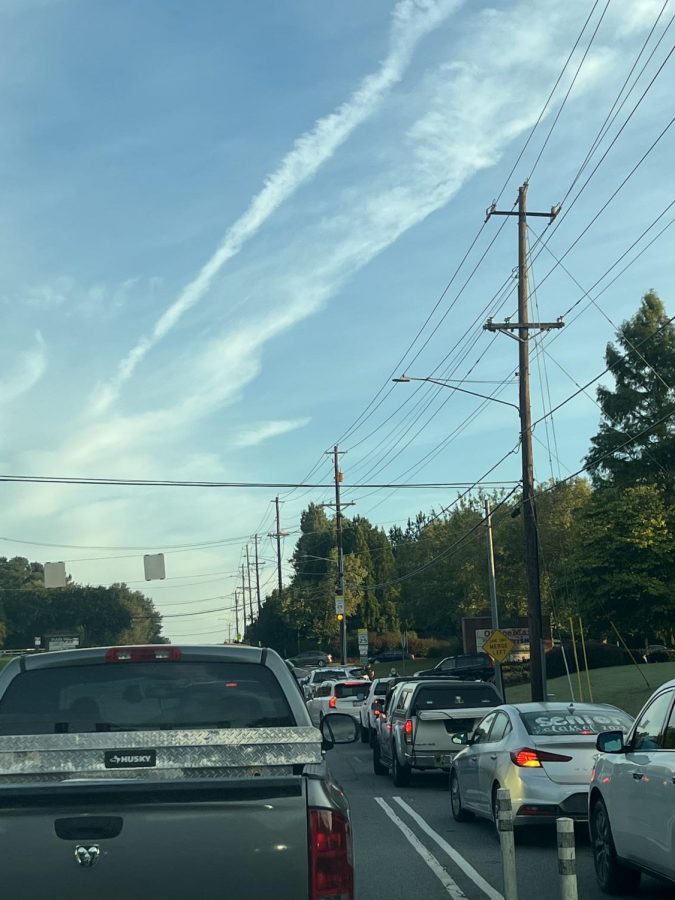 Every morning this year it has been next to impossible to get into school after 7:45. The massive influx of freshmen used to driving in carpool has led to 200-300 extra cars in the carpool line each morning causing extreme congestion along the single lane of King Road. It sucks trying to get to school after about 7:45 each morning due to the amount of people in the carpool line, and it definitely isn’t worth waking up before 7 in the morning just to make it to class 5 minutes before the bell, so why does it continue to be so, well because of covid of course. Many parents have gotten used to driving their kids to school over the course of the pandemic to avoid them being exposed while on the bus or so they didn’t have where a mask in the morning, yet as a result it has caused more problems than its worth having to fight through the commuters, kids who drive themselves, buses and the other parents in the carpool line. Now it wouldn’t be a problem if the carpool line were to flow well but it doesn’t. Ever. Too many parents stop to early in the line to let their kids out and it causes a back up of cars that avalanches down to Woodstock and Crossville. Rather than continuing to allow these parents to keep ruining the mornings of so many we need to institute a teacher or parent volunteer of some kind telling them to keep moving to make sure there is enough room for everyone to let their kids out on time for class. It seems pedantic that in high school we have to continue to tell grown adults to be considerate of others, but in modern times that continues to become less and less surprising.

Next is that King Road is just to small. With the amount of cars that are forced on it every morning, reliving the stress of the stampede placed upon it every morning would truly help. Buses are one of the root causes of this. When you have one vehicle that equals the size of three on the road makes it harder for more people to access the road leading to a larger back log of late students. Rerouting all buses down to Hardscrabble to then make the turn into the bus lane will cause many of the buses to be on time more often and many of the students to be on time more often, really a win-win for both parties. The only issue is that it will literally cost more money for Fulton County since most of the buses will be using more gas. Yet this should be a small price to pay for a more efficient and more student-friendly arrival line.

The best option though is that Seniors and upperclassmen need to step up. Upperclassmen are the largest demographic of people that drive themselves in the building, and when most only drive themselves every day, that is more space that can be used more effectively. Now most will complain that they have to get up earlier or that it may be too much of a hassle driving some where else and then school, but if that doesn’t happen then the same problem repeats itself. Having people with parking spots give rides to underclassmen or those without almost entirely eliminates the need for parents to drive their kids and the clog of people fighting to get up King Road every morning becomes non-existent.

In closing, it is imperative that the school itself becomes more accessible to those that are required to attend. Students are consistently late or are dancing on a razor thin line with being late or not. That might be the choice of some but there are many who want to achieve while in high school and are consistently prevented by the horde of people doing the same thing. Coming together on this issue will greatly reduce the amount of bad moods and angry people that walk in and out of our building every day.