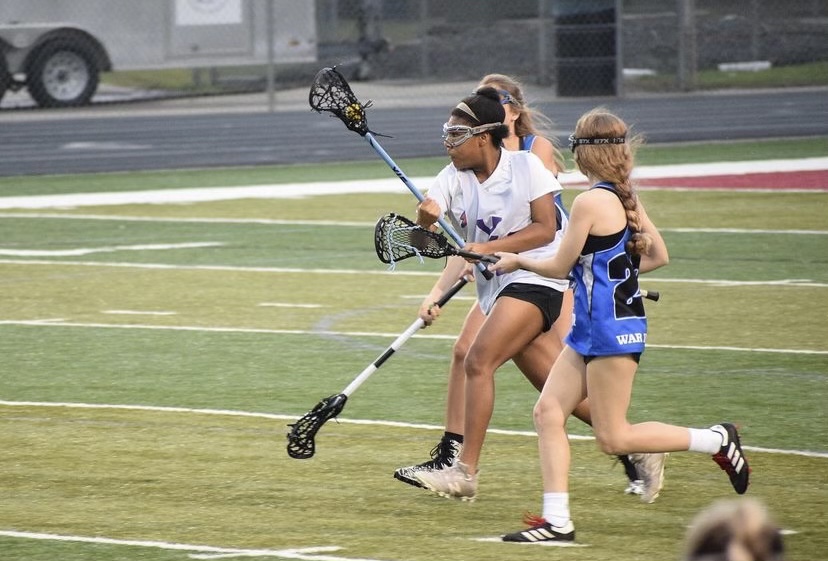 “Students all around may have ADHD, there is no signal on the outside just like this picture, you would never know if anyone had it.” (Photo credit: Roswell Girls Lacrosse)

Attention-deficit/hyperactivity disorder (ADHD) is a struggle many students go through in high school. It is one of the most commonly diagnosed neurodevelopmental disorders. It is mostly found in children and lasts far into adulthood. ADHD makes it difficult for students to learn, especially if they don’t have an outlet for their energy. Sports give them that time and energy they can put into and help them focus on school or extracurricular activities.

There is no such thing as a normal ADHD teenager. Symptoms and impairments differ depending on a person’s gender, the type of ADHD they have, the surroundings they’re in, their own strengths, and any other disorders they may have. Teens with ADHD have fewer of the hyperactive symptoms that is associated with ADHD in children. However, once students reach high school, the expectations for them, both socially and academically, skyrocket, which can be difficult for teenagers with ADHD.

In addition, children’s participation in sports can help them discover new talents and interests. Children with ADHD frequently struggle in school; athletics can provide opportunity for achievement in other areas, building positive self-esteem and, in some cases, keeping teenagers more engaged in school. Of course, the same may be said for a variety of other non-academic pursuits, such as involvement in the arts and membership in youth groups. Sports and athletic activities have been shown to help the brain produce more neurotransmitters. For a brief period of time, this boost can aid the person with ADHD symptoms. Regular exercise and activity can lengthen the time it takes for a person’s symptoms to improve, such as greater ability to pay attention, stay on task, and reduced impulsivity. It can also enhance sleep quality, which can aid with daytime symptoms.

I interviewed 2 Roswell students both in 11th grade, Cathryn Pate and Hannah Veale. Cathryn Pate is in cross country and in tennis. She has been doing sports ever since she was young and was diagnosed with ADHD last year. “When I started sports, I felt clear minded, and I could actually focus on more of my schoolwork at home. It gave me sense of accomplishment from time to time. I definitely recommend anyone with ADHD to try out any sports they are interested in.” (Cathryn Pate). Hannah has been doing dance since elementary school, and recently got into tennis as well. Hannah has been struggling with ADHD for a long time and got diagnosed when she was about 10 years old. She has taken medication for her ADHD, but she said it drains her down. Sports keep her energy in place and help her focus on school and sports. “When I was younger, I got treated differently from the other kids in school, but while I was dancing, I felt a sense of relief from my ADHD and almost lighter.” (Hannah Veale).