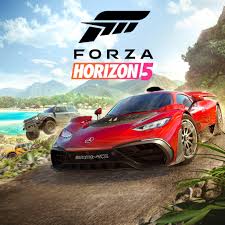 Some of the new vehicles available to players. Credit: @ForzaHorizon on twitter and ign.com

Forza is a excellent franchise that has brought us great racing to amazing environments throughout the years. The newest is the

beautiful landscapes of southern Mexico. With picturesque coastlines and vast stretches of desert to race in, it truly is a perfect environment for the furthering of this franchise. It is what fans have been waiting for. While Horizon 4 was fun and brought about exciting racing through the Scotland countryside, it became increasingly outdated with more new and exciting cars coming out by the minute, it was clear another installment was needed. While reviews have been mostly positive in the week since its launch, it is clear the developers rushed some aspects to get the game to market faster. Some users have complained the game won’t start at all, while others have said the game will experience large frame rate drops for long periods. While the game may seem incomplete now it is almost entirely there. Plus, the developers were quick to recognize the issues brought up by the community and have released numerous patches and updates to fix the issues. In my most recent experiences, the game has run perfectly. It has been thrilling using some of the best new cars like a Porsche GT3 RS from 2019 and the new Ford Bronco. There is truly lots to experience and be excited about with this game because it’s not how you start it’s how you finish and this game is quickly approaching being one of the most fun and enjoyable games of the year.